Sometimes I end up with piles of paint and feel the need to express myself a little differently! I love pattern. I love color. So I'll get comfortable and just make color relationships in simple patterns. I have a few hanging in my home and have come to just enjoy the decorative aspect of them. They are very relaxing to paint! 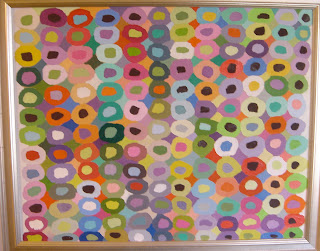 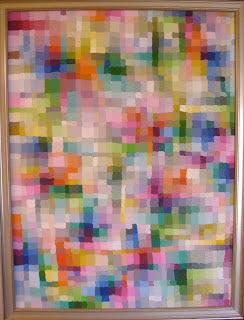 Another one of the costumes I use. Our model is my daughter Alexandra. I ask everyone to "get their drawing and then mass what's in shadow first." 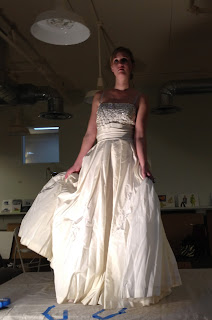 Posted by Peggi Kroll-Roberts at 10:02 PM No comments:

Workshop at Knowlton Gallery in Lodi, Ca. I taught a 3 day workshop and our daughter Alexandra modeled for us. One of the many costumes I use. Was a really nice group. 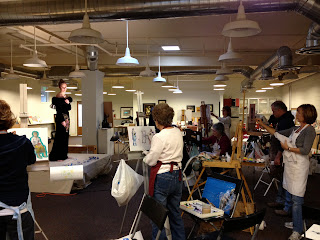 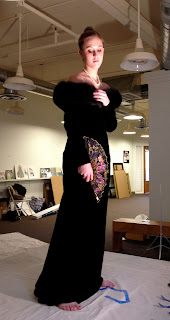 Posted by Peggi Kroll-Roberts at 9:54 PM No comments: 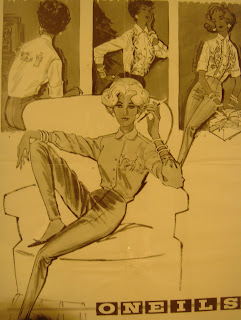 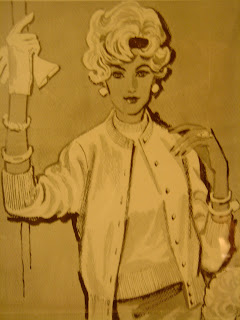 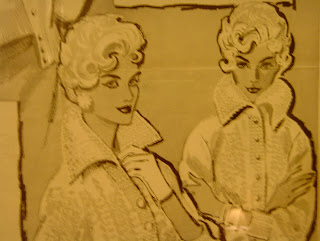 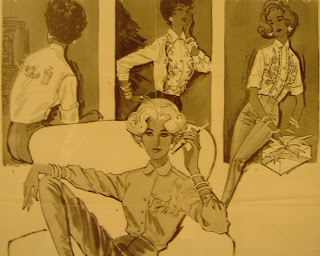 My mother, Joyce McKittrick Kroll, was a sought after fashion illustrator in the 50's and 60's.  Aren't these amazing.  These were for O'Neils and she also worked for Gimbels,  MayCo., and Goldwaters as well as other freelance accounts.  She could draw anything despite her hands being badly deformed.  She hid them in her pockets so when she applied for work the potential employer would not judge her for this.  She told me that she had asked one of these art directors "would he have hired her if he had seen her hands?"  His reply was, "No".  And never once did she show pity for herself in front of us even though we know how deeply embarrassed she was.
Posted by Peggi Kroll-Roberts at 8:17 PM 3 comments: 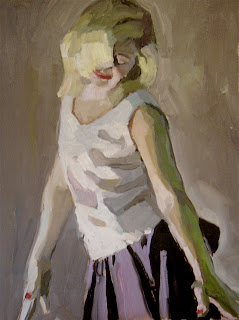 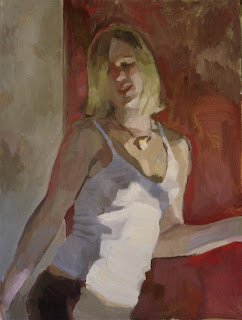 I am working on a series of "dance" paintings for a show in May.  My daughters and their friends are the models and they have great moves.  I'm really known for smaller works but am trying to find myself in these slightly larger works.  Both are 24" x 18".  Bigger brushes!
Posted by Peggi Kroll-Roberts at 2:33 PM 3 comments: